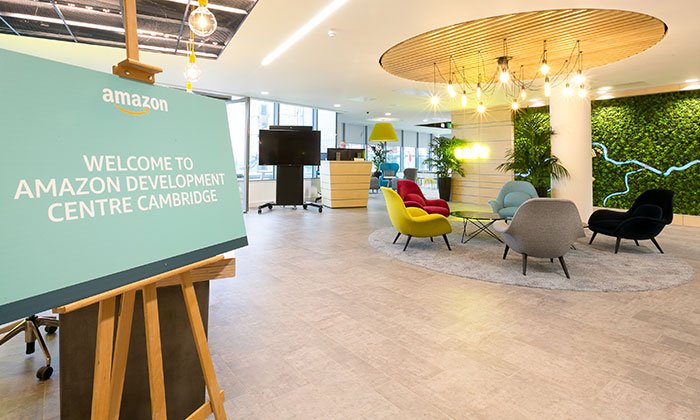 Amazon has welcomed the first employees to its new building in CB1, at One Station Square. The Amazon Development Centre will be home to more than 400 highly skilled employees working on innovations to benefit customers around the world.

Occupiers at One Station Square have been attracted by the flexible, open-plan and environmentally sustainable office design. CB1 is attracting some of the world’s best known companies and Amazon joins major employers such as Deloitte, Microsoft and Thales.

To celebrate its new CB1 location, Amazon is working with Cambridge LaunchPad – a programme that inspires young people to follow a career in science, technology, engineering and maths (STEM). LaunchPad works with local employers to engage with schoolchildren and offer young people in Cambridgeshire rewarding experiences.